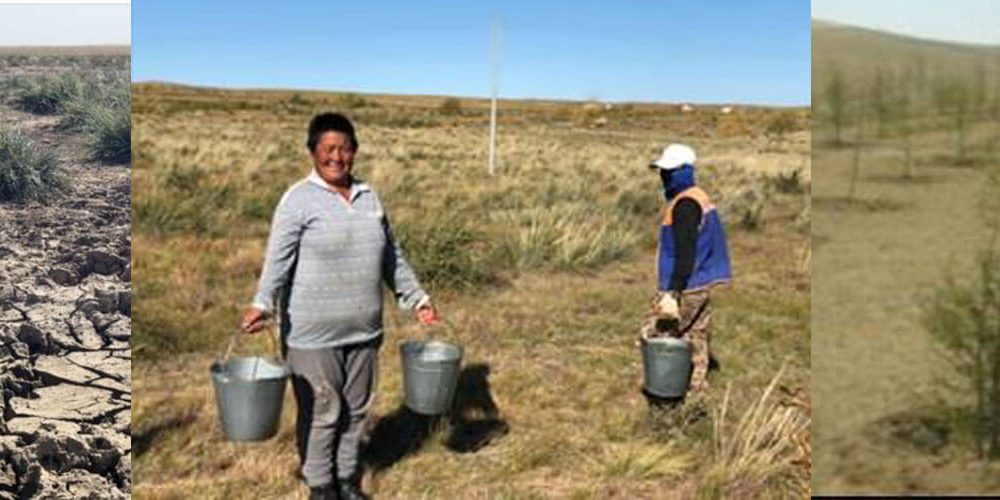 Turning the Desert into a Forest

The journey of the Greenbelt Plantation Project is described in a pdf document presentation from the Korean Department of Forestry. To view the document in its entirety, download here. Please note, some browsers may take longer to load than other.

This project will be supported by donations to the Sisters of Charity “Planting Trees in Mongolia.”

Any donations to “Planting Trees in Mongolia” will be sent to the Korea Forestry Service through our Korean Province.  A  $10.00 donation plants a tree in Mongolia in a broad effort to combat desertification. Mongolia is one of the hot spots for desertification as reported by the United Nations Independent Panel on Climate Change (IPCC).

When donating, please make the check payable to the Sisters of Charity and designate it as a donation to “Planting Trees in Mongolia.”  Send donations to : Sister Mary Norbert Long, SC; 144 De Paul Center Road; Greensburg, PA 15601.

Thank you in advance for any support you give to this project, which ends on Easter, April 21.

Information on Planting Trees in Mongolia

Mongolia is a sovereign nation about twice the size of Texas, situated south of Russia and north of China.  Mongolia is sometimes referred to as Outer Mongolia, to distinguish it from Inner Mongolia, a province of China.  Almost 80% of Mongolia’s population is engaged in agriculture, either the production of crops or the raising of livestock.  Vast pasture resources, harsh climate, and low population have favored the raising of livestock.

Currently 77.8% of Mongolia has been turned to desert, with the Gobi desert in the south creeping rapidly northward.  Nearly 90% of pastureland has been affected by desertification to some degree, with vegetation growth rate shrinking by a factor of 5.  Between 1996 and 2009, up to a third of rivers dried out or were impacted by drought conditions.

Human activity has been a factor in land degradation.  Herders have increased the number of cashmere goats, due to increased demand for cashmere. This has resulted in overgrazing of pasturelands.   Forest acreage is decreasing due to inefficient logging practices.  These factors  have increased degrading of the land.

Because of the local impact of global climate change, more severe winter storms, longer drought periods, and extreme temperatures have become more frequent.  Between 2008 and 2010, Mongolia experienced 153 extreme events, most of which were strong winds, storms, and flooding from runoff.  Precipitation occurs in concentrated bursts which cannot be absorbed by the soil.  In the past 80 years, the average temperature in Mongolia rose at least 35.24 degrees Fahrenheit. The rising temperatures accelerate the melting of high mountain glaciers and degrade the permafrost.  This has caused aridity in grasslands which lowers biomass.  The Gobi Desert is expected to creep northward into grasslands at a pace of 3.7 to 4.3 miles per year.

Forests help maintain water conditions, prevent soil degradation, preserve permafrost, and control greenhouse gases.  These limited forest resources have been diminishing due to logging, fires, pests, and disease.  In 2008, 178 forest fires occurred, resulting in about 2.3 million acres being damaged.  In addition, because of using wood for fuel and inefficient logging practices, Mongolia’s forest cover decreased by 10% in 1980-2000.  This has caused lower groundwater levels, flash floods and desertification.

Mongolian government now has data on these activities and is altering policies to change their course. Between 1990 and 2001, the Mongolian government spent $24.6 million on 14 anti-desertification projects.  South Korea has helped Mongolia’s reforestation effort for the past 10 years.

According to the UNCCD (United Nations Convention to Combat Desertification), if the current trend of desertification continues to expand, over 50% of the Earth’s land area could be desert by 2100. Currently, desertification in Australia, Spain, Africa, southern Europe, northwestern China and Mongolia is threatening the entire global ecosystem. A report said that desertification in Mongolia is rapidly spreading and the country is facing an unprecedented threat of disappearing entirely, if powerful and urgent actions are not taken.

Global Catholic Climate Movement in coordination with the International Union Superiors General is promoting a global campaign of planting trees. This offers a wonderful way to unite in care for our common home. The Interprovincial Laudato Si’ Committee (ILSC) encourages sisters in both provinces to join the Global Campaign of Planting a Tree to Prevent Desertification. Let’s share the light of love of Jesus who came to us, by gifting trees to Mongolia to stem the tide of desertification due to human-caused climate change. There is no doubt that humanity cannot survive without nature; there is no future without nature.

A $10 offering is suggested for planting a tree. Please send your offering for planting trees to Tree Project, c/o Sister Mary Norbert Long; Sisters of Charity of Seton Hill; 144 DePaul Center Road; Greensburg, PA 15601. One tree, five trees, ten trees …. Your offering for planting  trees will help curb the effect of global warming. Offerings from both provinces in the name of the Sisters of Charity of Seton Hill will be sent to the Korea Forest Service working to plant trees in Mongolia since 2007.

$10 offering is suggested for planting 1 tree.

One tree, five trees, ten trees …. Your offering for planting  trees will help curb the effect of global warming.

Make checks payable to the Sisters of Charity of Seton Hill, with a “Planting Trees in Mongolia” designation.

Read more about the efforts in Eco Justice from the Sisters of Charity of Seton Hill.

Also see https://www.huffingtonpost.com/2015/02/10daesung-lee_n_6648868.html for dramatic images of desertification in Mongolia.