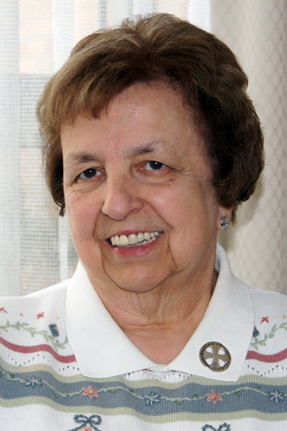 “It is the people and the experience through the years that have deepened and solidified my religious commitment and allowed me to live my vows with zeal,” reflects Sister Loretta Topper, SC, on her fifty years of religious life. “I joined the community because of the dedication I witnessed in the Sisters of Charity who ministered in Abbeville, Louisiana, when I taught there as a lay person.” Sister Loretta entered the Sisters of Charity of Seton Hill from Saint Joseph Parish, Hanover, Pennsylvania. Sister Loretta holds a B.A. in mathematics from Seton Hill University and an M.A. in Mathematics from Indiana University of Pennsylvania. She ministered as a teacher for 15 years and as a principal for 19 years in schools of the Dioceses of Greensburg and Pittsburgh, and the Archdiocese of Baltimore. Twenty years into her education ministry, Sister took a two-year hiatus to serve as a pastoral minister at Saint Vincent de Paul Parish, Wheeling, West Virginia. She returned to Pennsylvania where she again ministered as a principal in schools of the Pittsburgh Diocese. After completing a nine-year tenure at Saint James School, Wilkinsburg, Sister Loretta resumed her parish ministry. She has served as Director of Religious Education and pastoral minister at Saint John the Baptist Parish, Perryopolis, for 13 years; pastoral minister at the Partner Parishes of Connellsville for two years; and as pastoral minister at Saint Bartholomew Parish, Penn Hills, her current ministry of one year. Vivacious, joyful, compatible, and a life-time learner, Sister Loretta enjoys reading and travelling. Sister maintains strong ties with her family members through regular communication and visits. Her pastoral responsibilities, which include teaching baptism classes, presenting RCIA sessions, and visiting homebound parishioners and those who are sick in hospitals and nursing facilities, make her life joy-filled. “The most satisfying aspect of my religious life has been the way God has worked through me and allowed me to touch the lives of others,” explains Sister Loretta. “It has been especially fulfilling to witness people becoming aware of the wonder of being in a special relationship with Jesus.”

If you would like to make a donation in honor of  Sister Loretta’s Jubilee, please click on the Donate Now button below.