Human trafficking is the fastest growing criminal industry in the world. An estimated 40.3 million adults and children are in forced labor, sexual slavery, or forced marriages. It is a horrific international crime of modern day slavery.

Along with prayer services, Sister has been active in outreach among the community. She has led discussions with educational and religious institutions to build greater awareness of this crime and its consequences, particularly on young children. 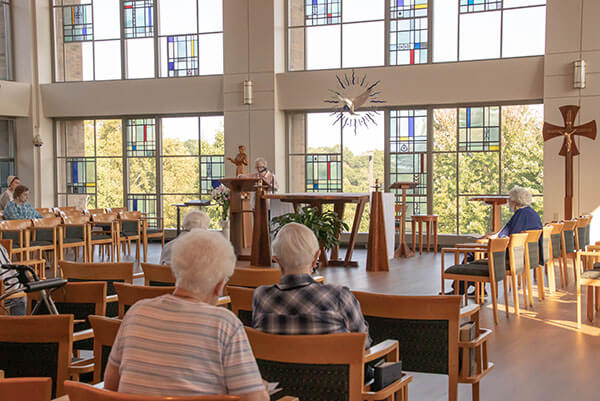 On Thursday, September 15, a prayer service was held at the Chapel of Assumption at Caritas Christi. The sisters gathered in prayer to live out the charism and the chapter directives to combat human trafficking. Sister Judy Laffey led the prayer, provided informational statistics, and called for vigilance to prevent the recruitment of children or adults for the purpose of sexual exploitation or forced labor. In unity, the sisters prayed for action, prevention, and justice. They sat in silent mindful mediation, calling to God for strength to heal the fragile.

With the development of the local Task Force and increased community engagement, the Red Sand project has come to Greensburg. The Red Sand Project was created by artist Molly Gochman to help spread awareness for human trafficking. It is a community-produced art installation created through pouring red sand into pavement cracks. This represents victims and survivors of human trafficking who fall through the cracks in our systems of care and visually promotes better support systems. Each grain of sand represents one of the millions of men, women, and children who are exploited daily for commercial sex or forced labor. 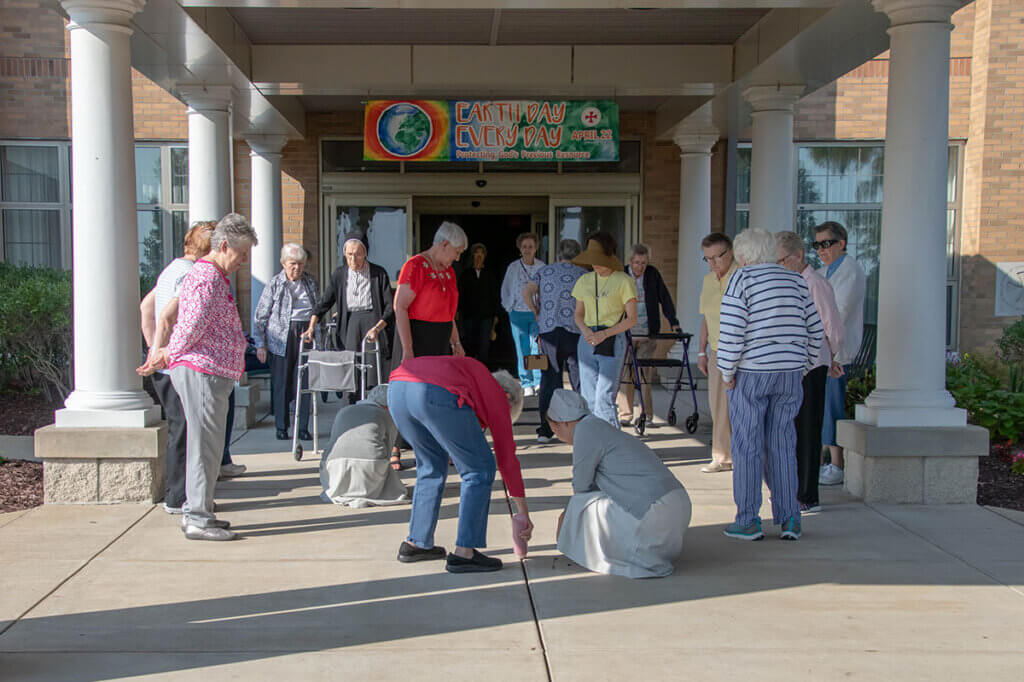 Sister Mary Norbert led the sisters to the outside entrance of the motherhouse. They gathered to distribute the red sand in the sidewalk leading to the front door of Caritas Christi.  This is a reminder to all who enter the sisters’ home to remember the victims of human trafficking and to be vigilant agents in the fight against modern day slavery.