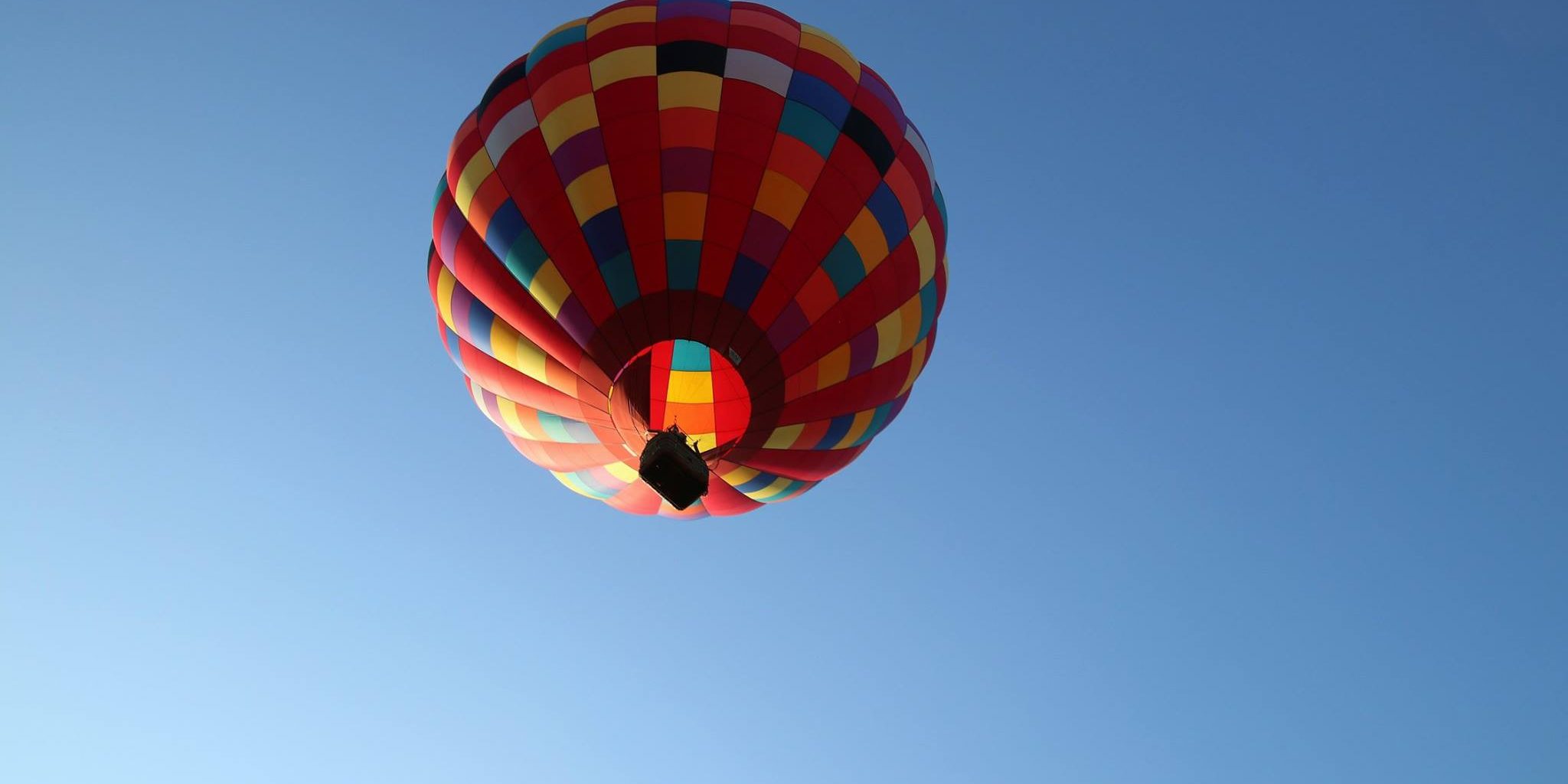 Up, up, and away––the flying nun in her beautiful balloon!

See more photos on Facebook in the Album
Up, up, and away goes the flying nun in her beautiful balloon!

Sister Patricia Mary Wilson, SC, recently received the wish of a lifetime in recognition for her dedicated volunteer service to senior citizens of Westmoreland County. Twilight Wish Foundation, a national nonprofit charitable organization that honors and celebrates senior citizens who bring comfort and joy to the lives of others, named Sister Pat as one of its Wish Recipients. Since its founding in 2003, Twilight Wish has granted over 2,485 individual wishes to seniors throughout the United States. Sister Pat’s special wish for a hot air balloon ride was granted on August 16, 2017.

One year after officially retiring from active ministry in 2007 at age 74, Sister Pat embarked on a new volunteer career path with United Way’s Faith in Action. Her volunteer service has brought happiness and comfort to the lives of senior citizens in Westmoreland County by helping them live independently in their homes as long as possible. She has worn many hats with the program taking on visiting, intake, transportation, and office volunteer roles. During the past nine years, Sister Pat served as secretary of the steering committee for the Greater Greensburg Faith in Action Program, organized in 2012; chaired the organization’s speakers bureau; and worked with fundraising, marketing, and event committees. Lori Sendro, former Program Director of Greater Greensburg Faith in Action, nominated Sister Pat for consideration as a Wish Recipient. “Sr. Pat is a vivacious 84-year-old with a healthy mind and a beautiful spirit. She so deserves a special gift,”

Twilight Wish volunteer Phyllis Mrosco, who serves as Physician Liaison for Excela Health, coordinated Sister Pat’s hot air balloon adventure. Michelle VanHorn, another Twilight Wish volunteer and Clinical Liaison for Westmoreland Manor, agreed to be Sister Pat’s travel companion for the balloon ride. In the early evening of August 16, Phyllis drove Sister Pat, Michelle, and photographer Jane Strittmatter to Beaver County Airport. There the foursome met up with the balloon pilot, Tim Meteney; his ground crew assistants, Chuck and Pam Bartholow; and Chris Chamberlain and her daughter Taylor, who were also scheduled for the balloon flight that evening.

It was decided that instead of taking off at the airport, the balloon would be launched at Chamberlain family farm, which was a 13-mile drive to East Palestine, Ohio, just across the Pennsylvania line. Once there, Pilot Tim and his crew, assisted by Chris’s son Austin and daughter-in-law Jessica, worked for 42 minutes to set up and fill the balloon with hot air. At 7:12 p.m., the balloon lifted off into the sunny summer sky. The Bartholows quickly loaded all the set-up equipment left on the ground into their “chase vehicle” and began to follow the balloon. Phyllis and Jane also participated in the pursuit in Phyllis’s car.

Ground chases are tricky because the vehicles must follow the weave of country roads whereas the balloon has no such limitation. That night was no exception with the balloon being in full sight one minute and then hidden by trees the next. The winding roads did not always follow the direction of the winds affecting the flight. But after a 40-minute game of hide-and-seek in the long evening shadows, the chasers saw the balloon begin its descent into a field near Columbiana, OH. They drove into a driveway of a farm owned by Tim and Cindy Rupert, who were watching the balloon land. Tim and Cindy jumped into their Jeep and led the chase vehicles to the field where Pilot Tim and his four jubilant passengers had just landed.

As the sun was setting, passengers dismounted and helped the crew disassemble and pack up the balloon. Although the balloon was deflated, spirits remained high as the exuberant flyers and ground crew recounted the excitement of their expeiences in flight and on the chase. Thirty minutes later, everything was loaded onto the trailer behind the chase vehicle and the group drove back to the Beaver County Airport. Before parting and going their separate ways, Pilot Tim and his new flying friends toasted each other and gave thanks for a safe trip.

We congratulate Sister Pat on receiving her wish of a lifetime in recognition of the joy she brought to countless lives as a Faith in Action Volunteer. Thanks to Twilight Wish for returning the blessing of joy to Sister Pat.