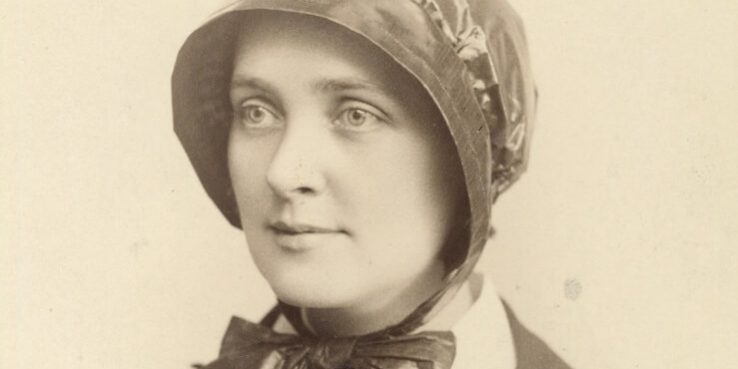 The name Doran was well-known throughout Altoona in the mid-nineteenth century. Myles and Bridget Doran were among the first Irish Catholic settlers in the area. Mrs. Doran, born in Carrick-on-Shannon, Ireland in 1818, met and married Myles Doran in Ireland. They immigrated to America in the late 1840s and first settled in Peekskill, New York. Several years later, the Dorans found their way to Altoona. Myles owned a prosperous real estate business on the current site of the Mishler Theatre. The Dorans produced eight children, but only four girls survived beyond early adulthood. Two of the Doran sisters were among the earliest members of the Sisters of Charity of Seton Hill. 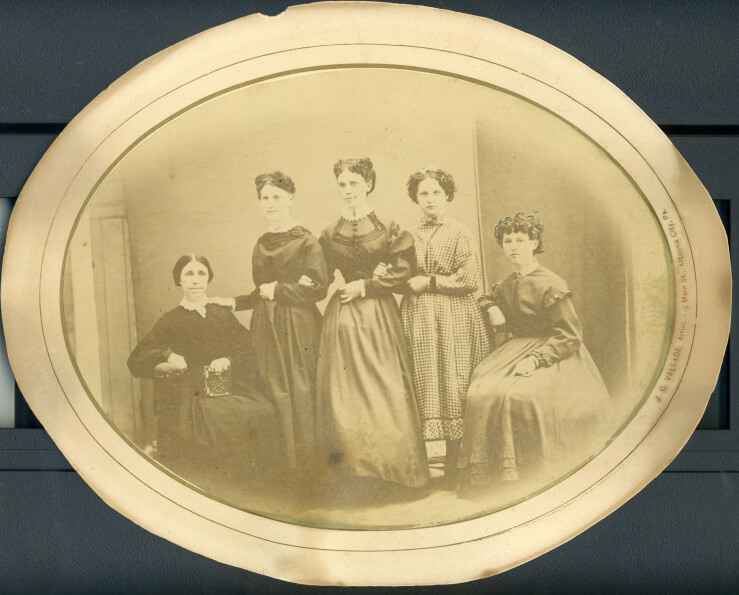 The four Doran Sisters pose with their mother, c. 1870. Mary Jane (Sr. Baptista) is seen standing at the far left while Margaret (Sister Josephine) is seated at the far right.

Mary Jane Doran was born in 1854, the eldest daughter of the Doran clan. She attended what would become St. John’s Academy, the first school run by the Sisters of Charity in the Diocese of Pittsburgh under Reverend John Tuigg. The family patriarch, Myles, died in 1865, leaving his four daughters and a widow without an income.

Mary Jane felt a call from God to enter the newly formed novitiate of the Sisters of Charity in 1871. She received the habit in August of 1871 and pronounced vows on July 19, 1873. She took the name Sister Mary Baptista. Sister M. Baptista began teaching 5th grade at St. John’s, but then spent most of her life teaching at Sacred Heart School in the East End of Pittsburgh. 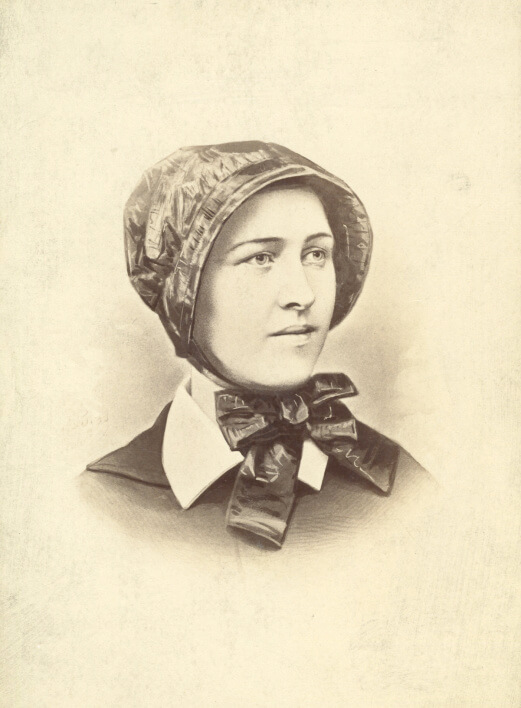 Sister Baptista was considered the quintessential Sister of Charity – practical with good common sense, pious, and an untiring worker. We can only assume she positively influenced her younger sisters. One such sister entered the Benedictine Nuns of St. Mary’s in Erie, Pennsylvania and became Sister Genevieve, O.S.B. Her youngest sister, Margaret, entered the Sisters of Charity in 1874 and took the name Sister Mary Josephine.

Sister Mary Josephine was born in 1857 and was the first full graduate of St. John’s School in Altoona. She took vows on November 13, 1876. With a natural gift for the arts, Mother Aloysia sent Sister Josephine to Cedar Grove Academy in Cincinnati to study painting. 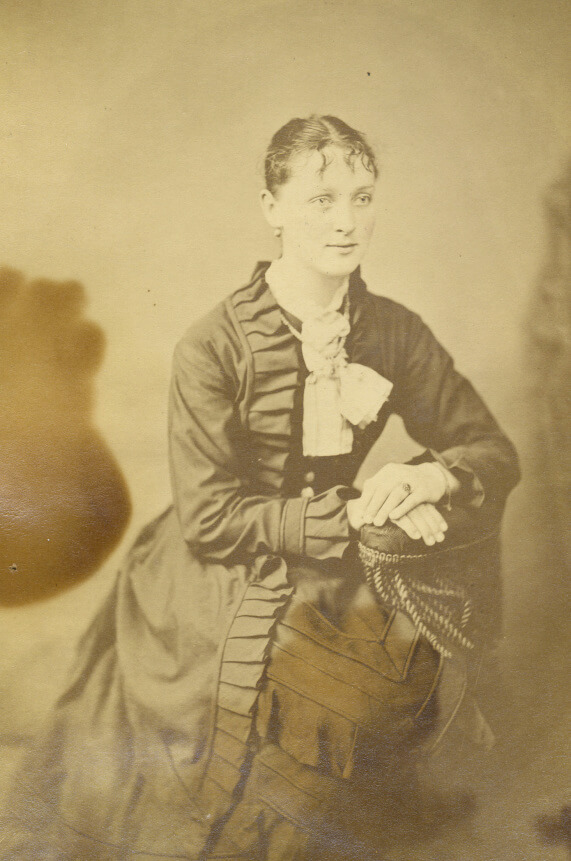 A young Margaret Doran (Sister Josephine) poses while a student at St. John’s School in Altoona.

After teaching at Sacred Heart School in East Liberty, she went on to teach at her alma mater, St. John’s in Altoona. Sister Electa Boyle wrote that “she had a brilliant mind, and was devoted to study. She spoke French fluently, and was a fine mathematician…but her chief interests were music and painting.” When St. Joseph Academy was complete in Greensburg, Sister Josephine established the art courses and remained a teacher at the academy. Interestingly, Sister Josephine designed the shape of Lake Regina, a former lake on the Seton Hill property named for Mother Anne Regina, after the form of a painting palette.

Unfortunately, the elder Doran sister, Sister Baptista, contracted tuberculosis in the Spring of 1882 and convalesced in Altoona. Mr. Olmes of Olmes Meat Market in Altoona provided a daily pint of hot cow’s blood as a remedy for the disease, but despite best efforts, Sister Baptista died. It was a devastating loss to Altoona, Pittsburgh, and the Sisters. In an added shock to Sister Josephine, the other religious in the family, Sister Genevieve, O.S.B., also died in 1882.

As a testament to the good work of Sister Baptista Doran, hundreds of lay individuals attended her viewing and funeral in Altoona. The author may suggest that in the ensuing years of mourning, Sister Josephine may have naturally drawn closer to the older Sisters in the community, named Mother Aloysia and Sister Anne Regina. 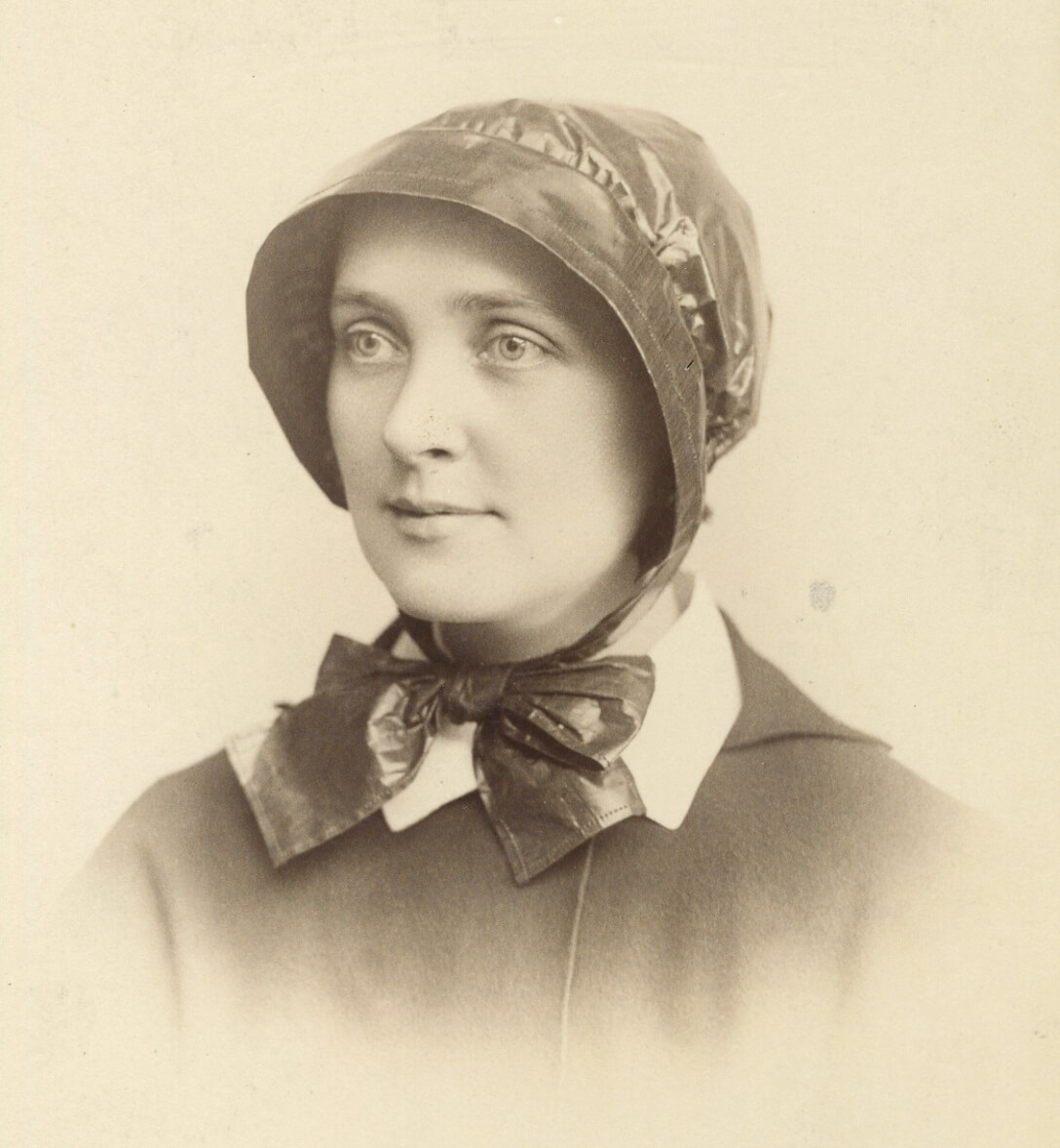 Mother Josephine Doran as a young Sister of Charity.

Although Mother Anne Regina initiated the building of St. Joseph’s Chapel at Seton Hill, she died when the foundation was only partially in place. Mother Josephine had the pleasure of seeing Mother Aloysia and Mother Regina’s vision come into fruition. Mother Josephine’s only remaining sister, Miss Ellen Doran, donated the main altar of St. Joseph Chapel in memory of their parents, Mr. and Mrs. Myles Doran. 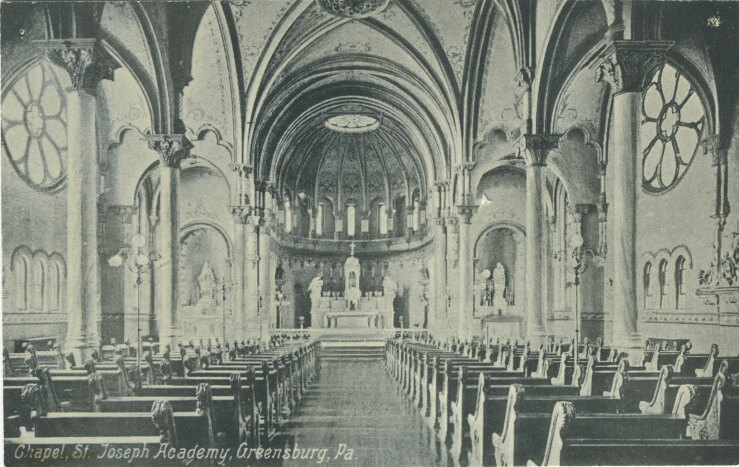 During her tenure as Superior from 1894 until 1900, Mother Josephine Doran oversaw the maintenance of twenty-three parochial schools staffed by the Sisters of Charity and the opening of St. Luke’s School in Carnegie in 1899.

Mother Josephine, accompanied by Sister Mary Grace Ryan, made a hurried trip to Colorado in 1895 to visit Mr. John Jennings, former owner of the Seton Hill property, to make clear an undocumented title transfer. Luckily, she succeeded in her efforts. 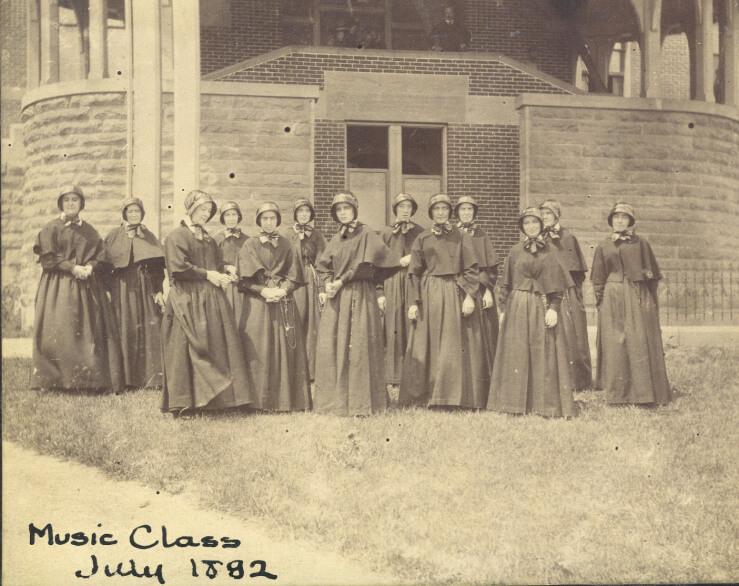 In 1897, a team of medical doctors from Pittsburgh appealed to Mother Josephine to administer and staff a nine-room hospital at Stanton and Collins Avenues in East Liberty. Mother agreed and sent the first troop of Sister-nurses to Charity Hospital (later Pittsburgh Hospital).

Pittsburgh Hospital must have been a mission close to Mother Josephine Doran’s heart. After her final term as Mother Superior ended in 1900, Sister Josephine became the first superintendent of the hospital and remained for 10 years. In her obituary the author wrote, “When she went there the hospital was a comparatively small wooden structure, quite incapable of the demands made upon it, and she immediately projected a new and commodious structure, complete in all details, which now stands as a monument to her sterling business ability, as well as her religious zeal.” After much difficulty with local citizens and politicians, Sister Josephine secured the permanent “Finley” property site for Pittsburgh Hospital. 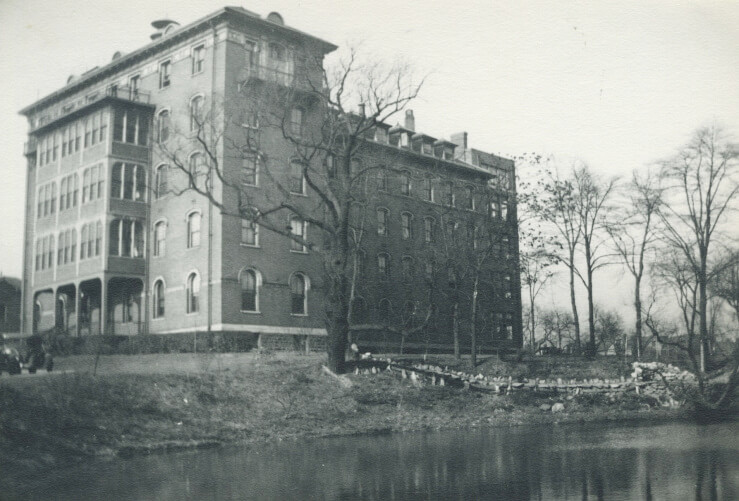 1934, An established Pittsburgh Hospital at the Finley Homestead that Mother Josephine Doran secured.

Around 1910, Sister Josephine returned to Seton Hill to teach in the art department of St. Joseph Academy and, later, Seton Hill Junior College. She went to St. Kieran’s Convent in Pittsburgh and died quite suddenly from pneumonia on October 20, 1919. 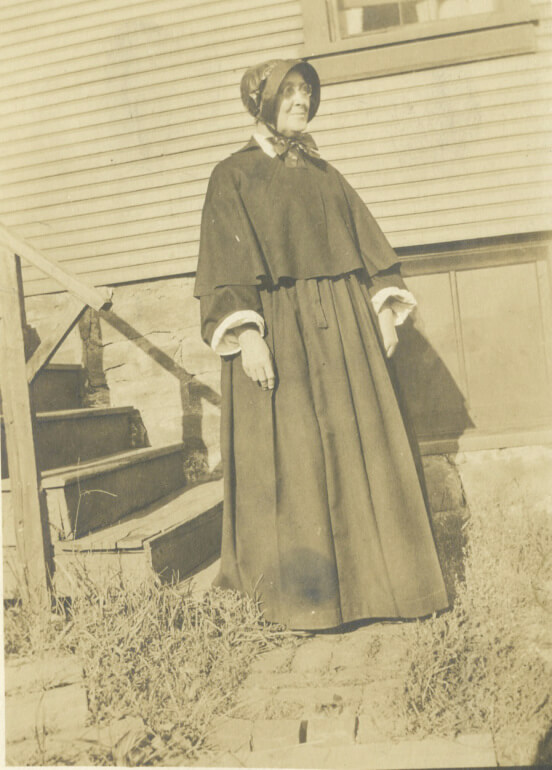 Mother Josephine Doran in the 1910s.

The Sisters of Charity Novitiate built in Greensburg in 1963 was renamed Doran Hall in 1970 after Mother Josephine.